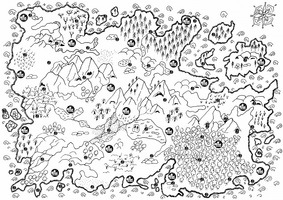 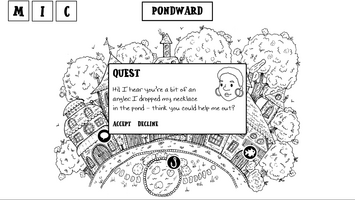 I spent a few hours last night hand-drawing the world map. I scanned it in this morning, cleaned it up, and then added the icons just to get a feel for how many locations there'll be. This also meant creating a new 'Town' icon!

There are 20 towns (I've already named them all), and 54 fishing spots here. I think that's keep players busy for a while (and me, since I have to draw them all XD)! If the game launches with early access, it will probably include just a small corner of the map with one or two towns and a handful of fishing spots.

The starting town that you've seen in the previously released image now has a name - yay! It's called Pondward, and it's the town you can see in the south-west corner inside the big forest next to the river. 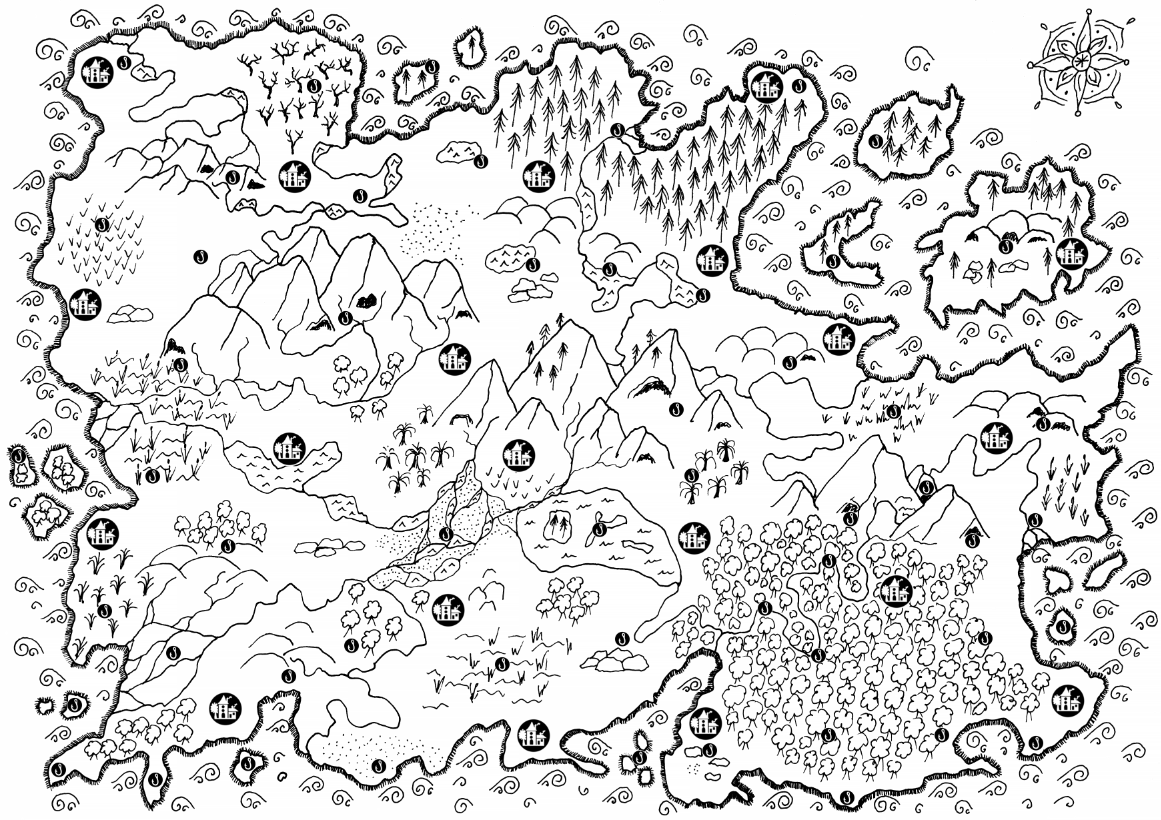 My plan for the map is that you'll only see the icons of things you've discovered as you're playing, so when you begin, most of the map will be empty. You'll discover other fishing locations by talking to NPCs and, rarely, by fishing up old journals that might tell you about secret fishing spots.

I'm hopeless at drawing people and faces, so my good friend Nicola of Dotty May Illustrations has offered her help and will be drawing little character portraits to liven up the dialog windows.

Here's a rough mock-up of how they might look in-game; 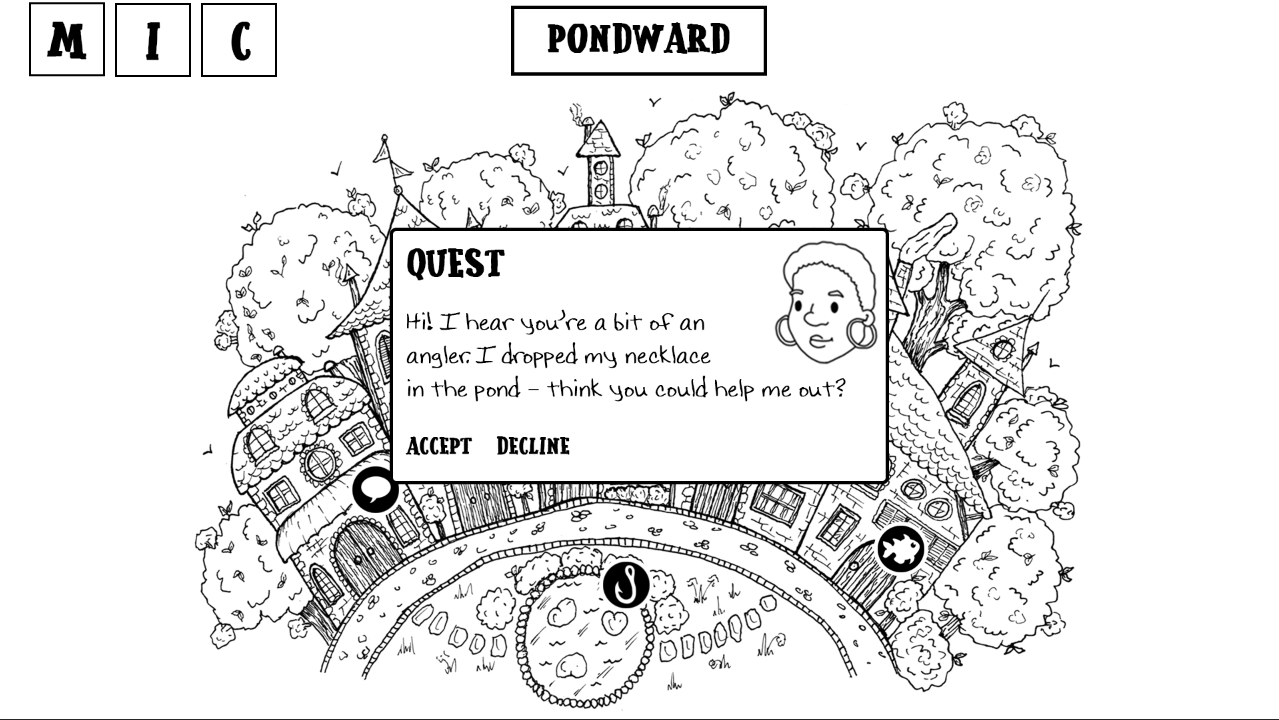 The NPC dialogue boxes will also have extra chat options, like gossip/rumours, so you can get to know the townsfolk and the area they live in.

That's all for now. Let me know your thoughts in the comments! :D

A Game of Fish